0n 16 May 2008, a long awaited event for the E-2 and C-2 community occurred on the San Diego Aircraft Carrier Museum, USS Midway – the opening of the VAW-VRC Ready Room.  The VAW-VRC Ready Room is one of four recently opened to honor storied communities of the Tailhook Navy: Light Attack, Attack, Fighter and Airborne Early Warning/Airborne Command and Control and Carrier Onboard Delivery.

Developing the VAW-VRC Ready Room as a museum and testament to the VAW-VRC community was the cherished dream of the late CAPT Dan Allen, a stalwart of the VAW community who left us only last year.  Dan was unstoppable when he had a mission, and his mission, building on the initial work and pioneering efforts by long-time Northrop Grumman field representative Tom Whitehead and Rolls Royce representative and retired ADC Rich “Willie” Williams, was to renovate a long-neglected ready room space into a world-class museum honoring the contributions of the men and women of the VAW and VRC communities. 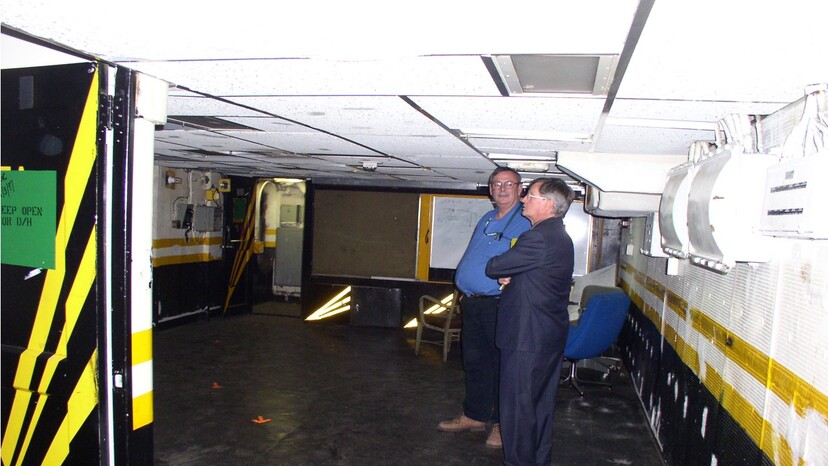 (Caption:) Willie Williams (l) and Dan Allen survey the original Ready 1 and strategize Ready Room restoration plans.  Ultimately the Foundation was given Ready 4 as its site.

The effort was kicked off in October 2005, when Tom Whitehead and Willie Williams contacted the San Diego Aircraft Carrier Museum, USS Midway to reserve one of the Ready Rooms for a future E-2 and C-2 Community museum.  Upon learning that reservation of a ready room would require substantial funding, Tom, Willie, Clyde Cain, and Steve “Squid” Squires began the first of numerous fund-raising efforts. Willie contacted Rolls Royce (maker of E-2 and C-2 engines); and Squid contacted Northrop Grumman Corporation, (maker of the airframes and many of the aircraft systems), who generously contributed the initial funds to secure the lease.

Dan Allen entered the Ready Room effort in January 2006. He recognized that a larger team was required to accomplish the task, so he stood up the VAW-VRC Foundation, a non-profit organization dedicated to creating the Ready Room museum.  He enlisted the assistance of Tailhook members Terry Magee, Pence Parsons, Skip Braden and Tom Amantea as his board of directors.  The original board brought onto the team the VAW-VRC Wing Commodore, RADM Dick Mauldin (Retired) and Steve “Squid” Squires to round out the Board.  Joe McNamara, Dave Daugherty, Mark Fellows and Jane Allen were brought aboard as Officers of the Foundation. 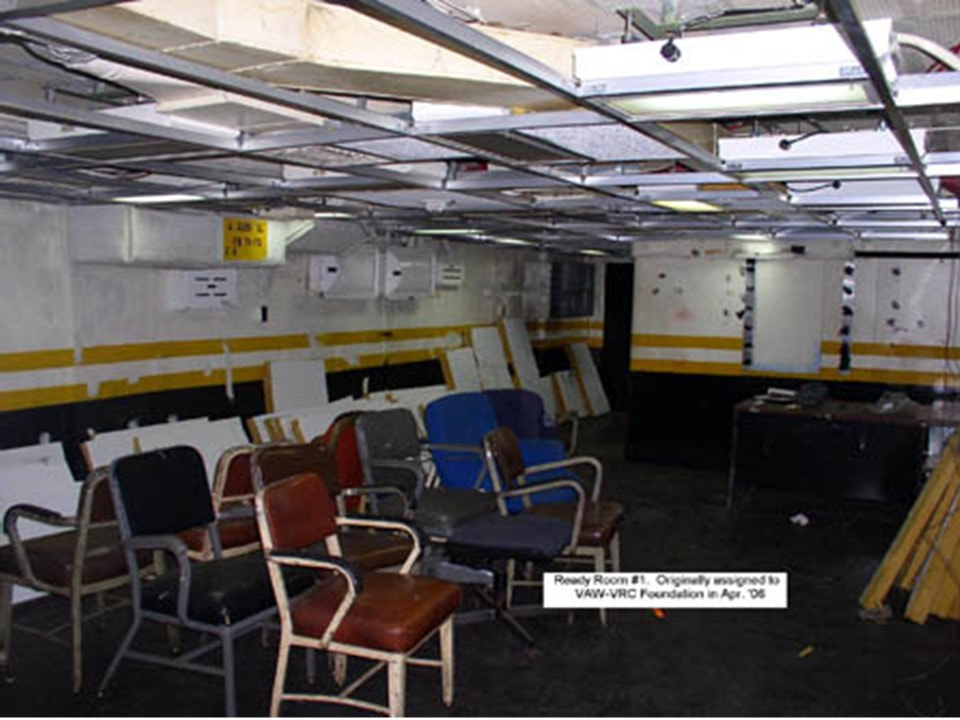 ​Key activities of the VAW-VRC Foundation were to raise funds, develop a website to reach out to the community, but most importantly, to clean up and remodel the space provided by the Midway.  The Foundation was deeded the rights to Ready Room 4 (instead of the original Ready 3), formerly the Light Attack Ready Room on Midway.  (Ironically, the VAW ready room on the Midway had already been acquired by the light attack bubbas!)

The initial work required basic grunt worker skills:  Removal of drop ceiling, unwanted bulkheads, steel cabinets, wiring, and welded fixtures, cleaning overheads and bulkheads, scraping paint, removing broken chairs and fixtures, reconditioning of the Ready room chairs, and painting.   After a successful fund-raising campaign from our committed and generous retired and active duty VAW and VRC community members, the Foundation had enough resources to have the floor professionally tiled.  After the floor was laid and the ready room completely painted, the skilled work commenced: construction of display cases; mounting of photographs, squadron plaques, and flight gear; along with recognition plaques for personal and corporate donors.

The race to the deadline of opening day was hectic, but the dedicated team of volunteers managed to bring it off through a combination of long days and creative solutions.  Critical to the successful opening were the labors of the core team of volunteers: Tom Whitehead, Willie Williams, Mark Fellows, Dave Daugherty, Pence Parsons, Wes Westney, Bill Ridge, Lew Brown, Karl Beck, Wes Weesner, Mike Manley,  Larry Yarham, and Bob Schottle,  The Ready Room would not be in its current superb condition without their generous donation of time and labor. 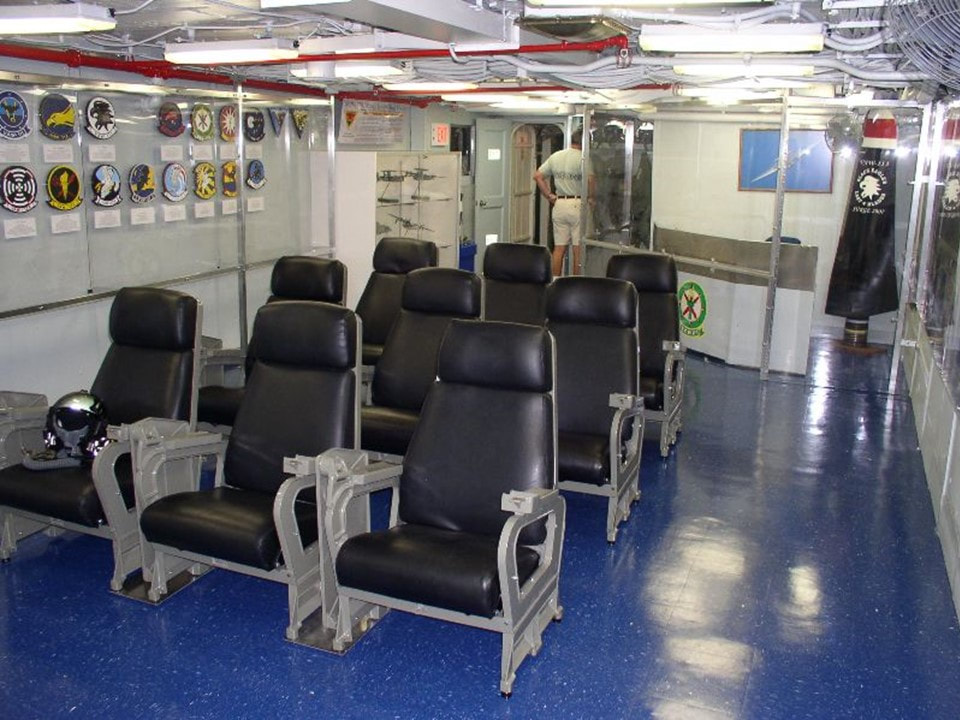 ​The VAW-VRC Foundation is planning a grand opening and dedication ceremony on 10 October 2008.  The dedication will coincide with the 4th VC/VAW West Reunion, being organized by Bob Allwine and Art Schroeder.  The dedication will feature distinguished guest speakers, tours and a formal dedication of the Ready Room.  The VAW-VRC Ready Room is a proud tribute to the ongoing contributions of the proud E-2 and C-2 community of warfighters – we hope that community members, past and present, will make a point to visit whenever they find themselves in San Diego. We will be updating our displays as the community evolves and solicit participation and input, particularly from active duty members.

Dan’s dream of a permanent memorial for the VAW-VRC communities has been realized, but unfortunately he is no longer here to witness the ongoing growth and development of the VAW-VRC Ready Room.  In his honor, the Ready Room is named the Dan Allen Memorial Ready Room, and a permanent plaque in his honor resides by the briefing board.

We are proud to have established the VAW-VRC Ready Room on the San Diego Aircraft Museum, USS Midway and request the support of all members and friends of the community. 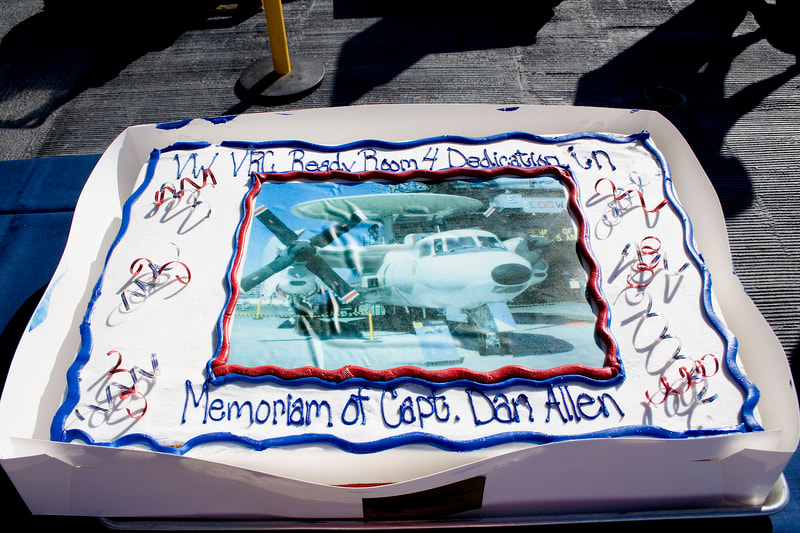 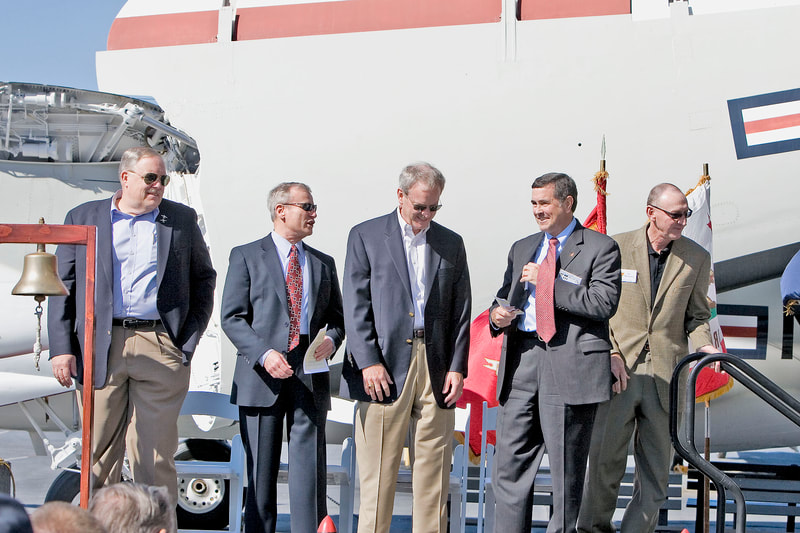 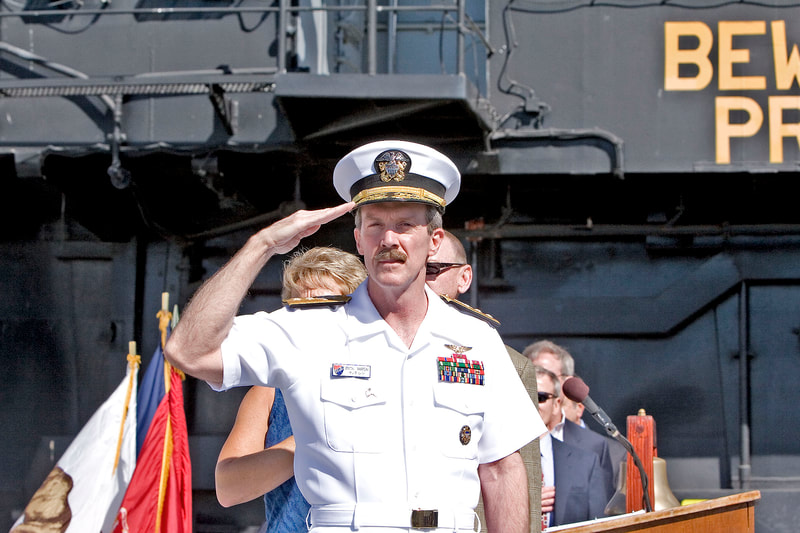 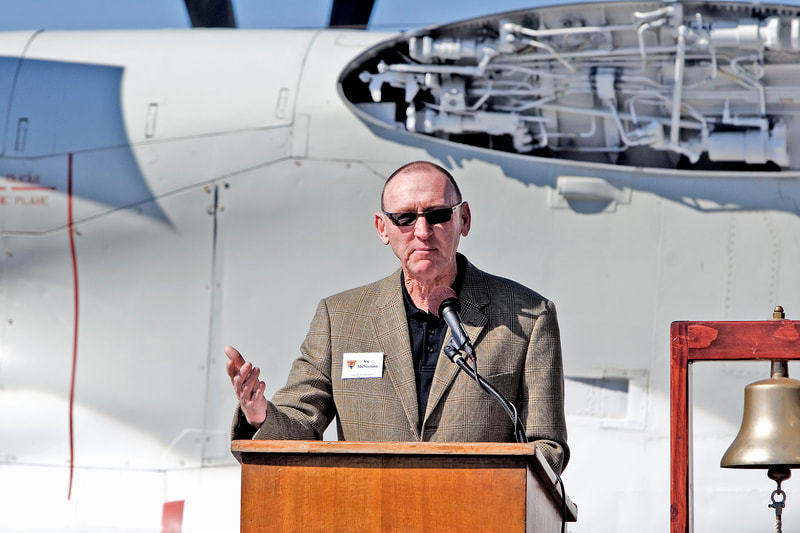 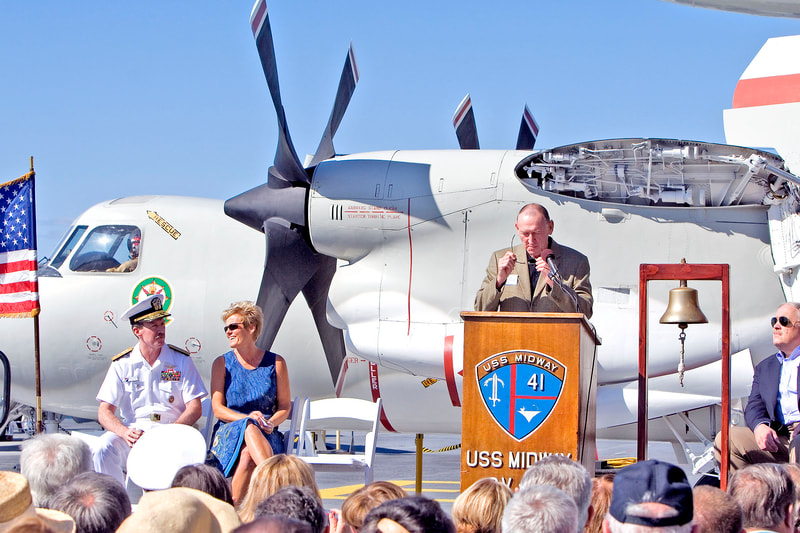 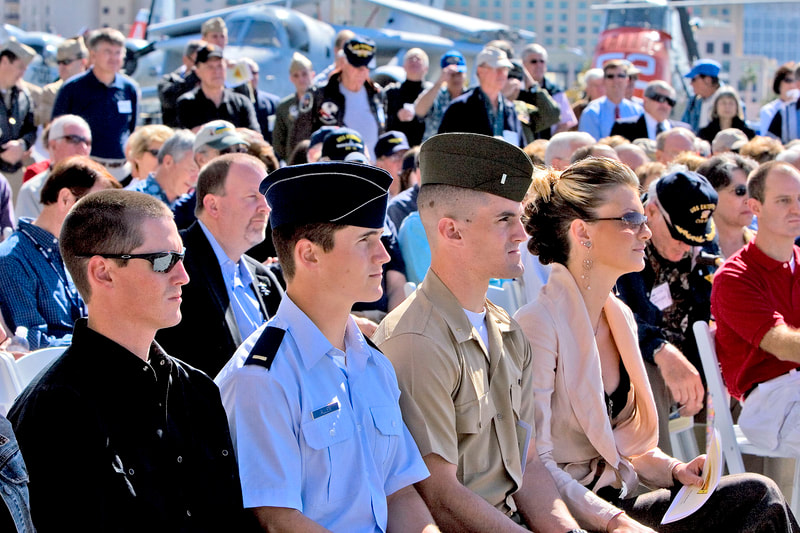 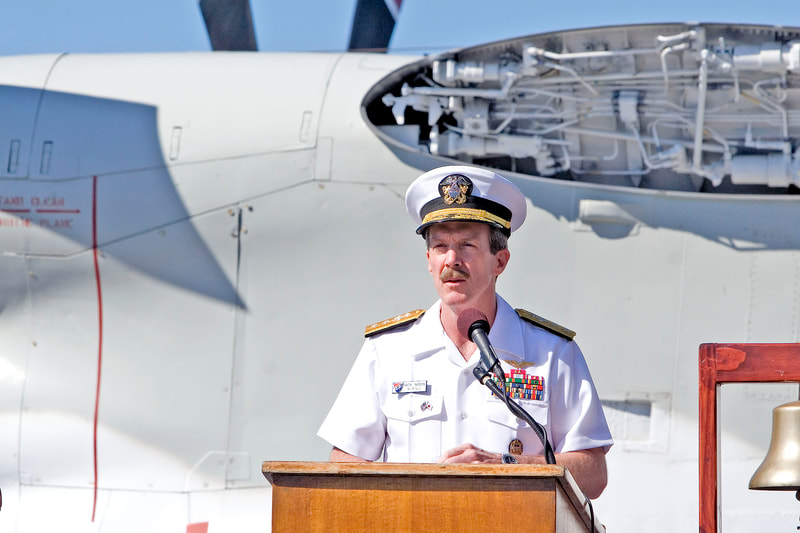 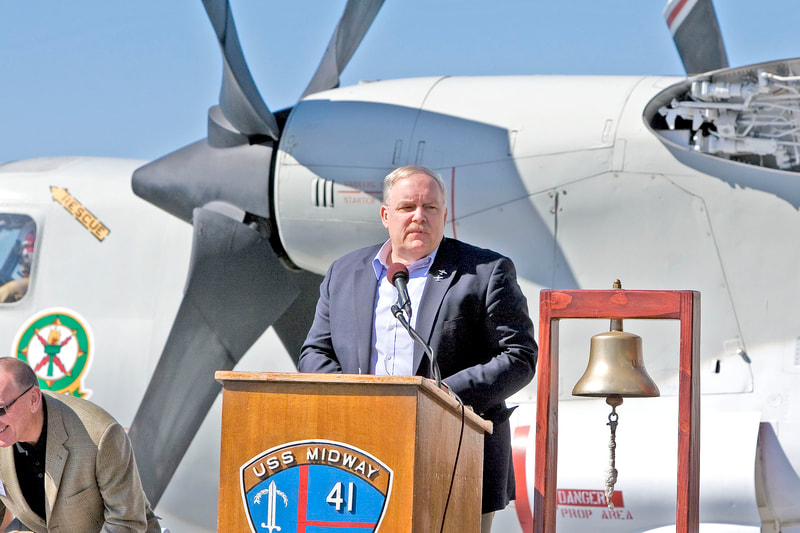 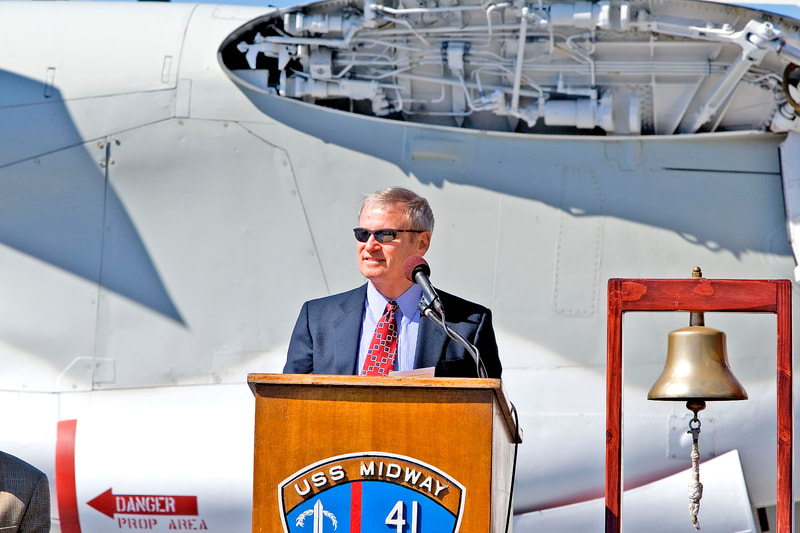 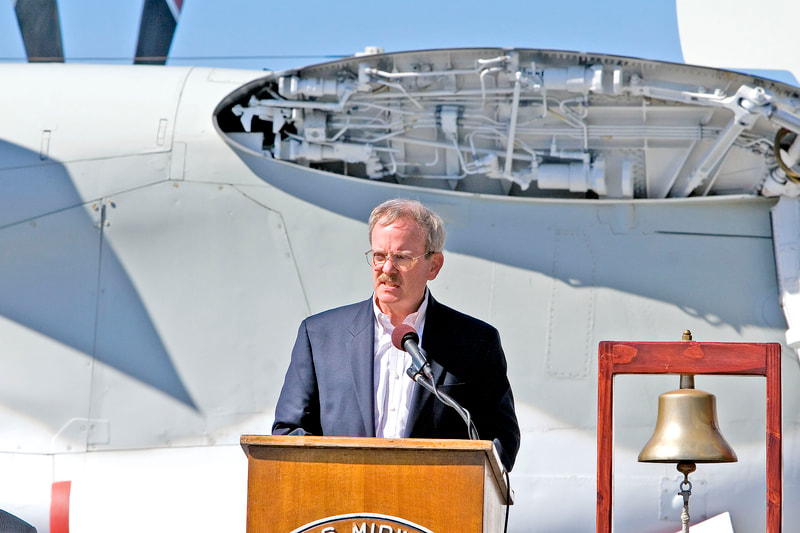 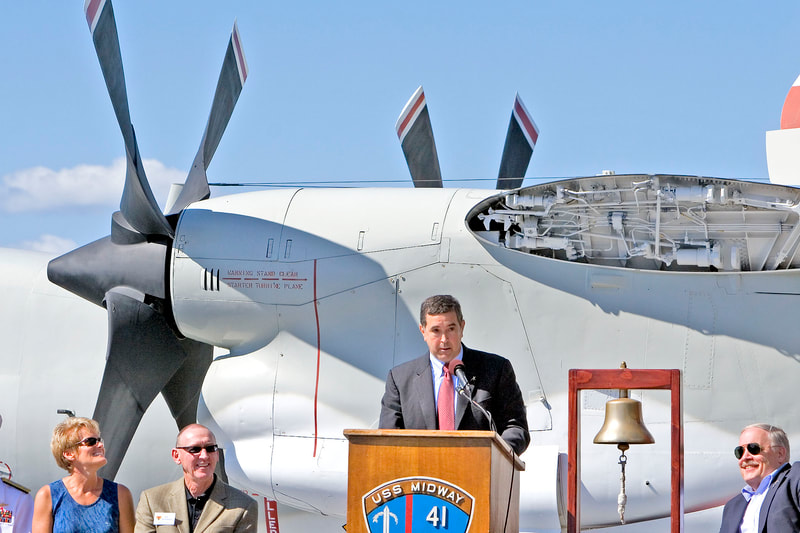 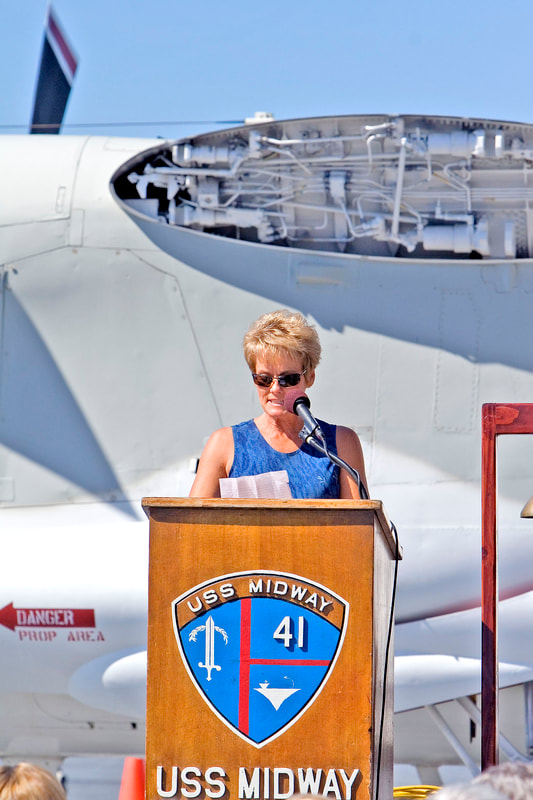