Navy Establishes First Squadron To Operate Its Carrier-Based MQ-25 Stingray Tanker Drones
The Navy is standing up the unit to ensure personnel are as prepared as they can be for the arrival of these drones in the coming years. BY JOSEPH TREVITHICK OCTOBER 1, 2020 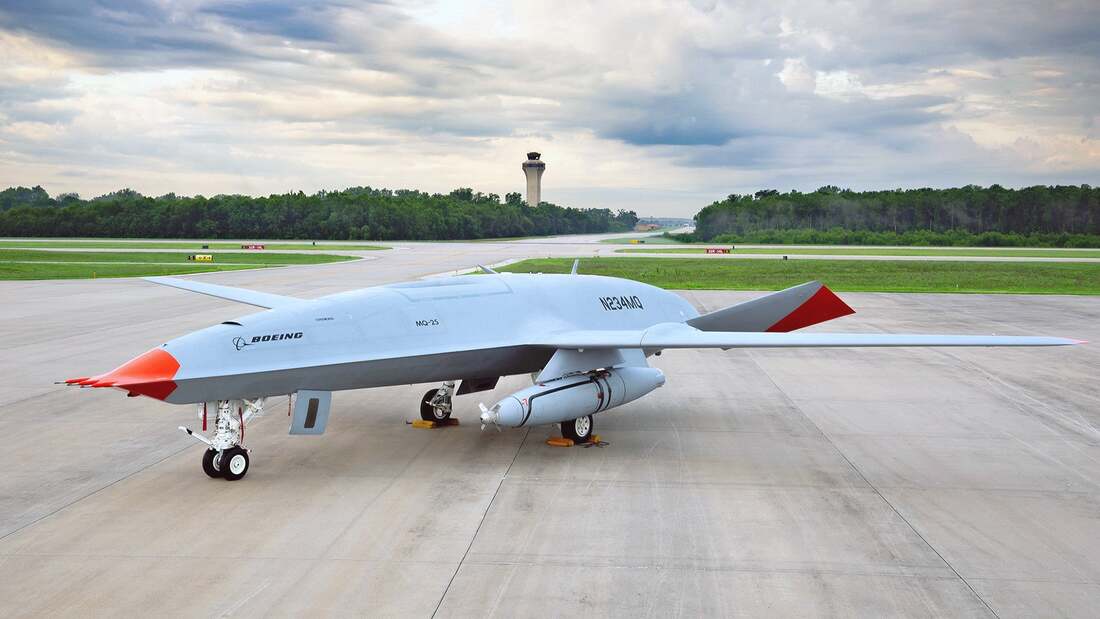 A year from now, the U.S. Navy will have officially established the first squadron that will operate its future MQ-25 Stingray carrier-based unmanned tankers from Boeing. The service does not expect to begin test flying more refined MQ-25 prototypes from actual carriers until the end of next year, at the earliest. As such, this unit will be focused on training personnel to be as ready as possible to operate and maintain those drones when they begin arriving in the coming years.
​The Navy first began the formal processing of standing up Unmanned Carrier Launched Multi-Role Squadron 10, abbreviated VUQ-10, in August, according to an official internal notice. That document says the official establishment date is Oct. 1, 2021, and that the unit will be located at Naval Base Ventura Country in California, which includes Naval Air Station Point Mugu. A detachment of Unmanned Patrol Squadron 19 (VUP-19), the Navy's first MQ-4C Triton maritime surveillance drone unit, also calls Point Mugu home. 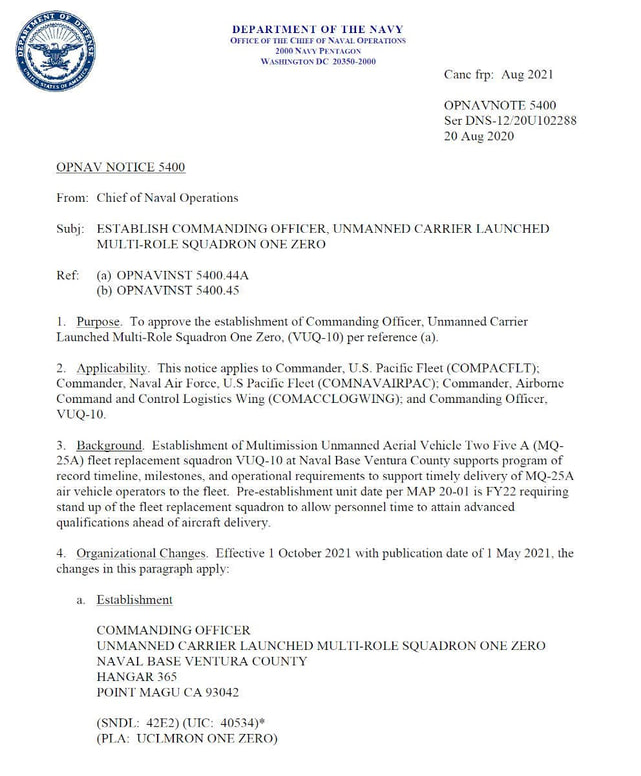 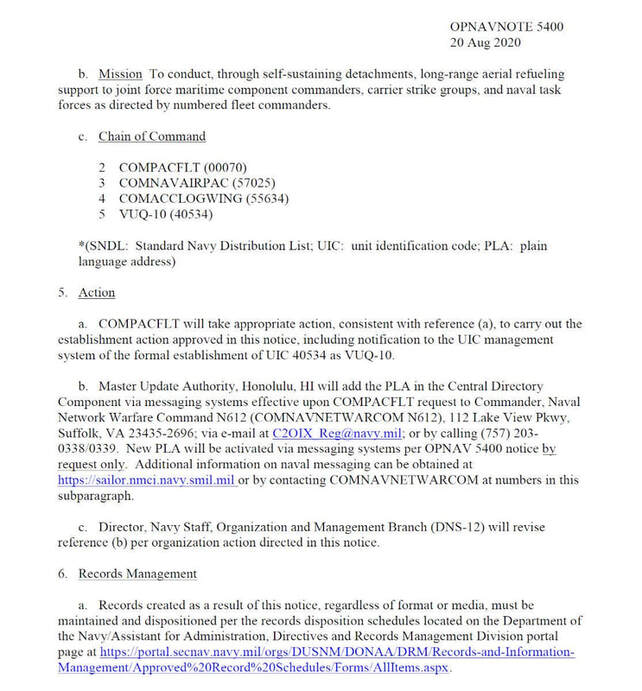 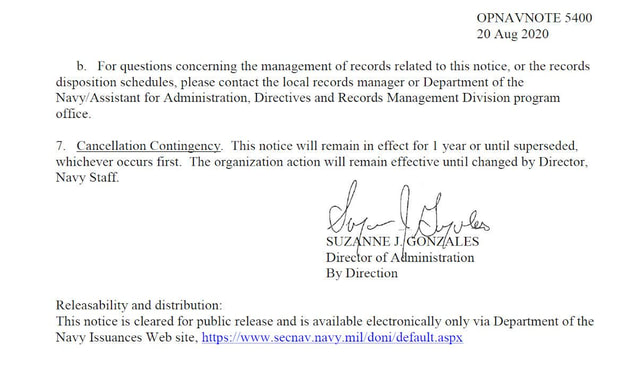 The notice also says that VUQ-10 will be assigned to the Navy's Airborne Command & Control Logistics Wing (ACCLOGWING), which presently oversees the service's E-2 Hawkeye and C-2 Greyhound fleets. The Wing's website already says that it is involved in the Stingray drone program through the MQ-25 Fleet Integration Team (FIT).
From ACCLOGWING, the rest of VUQ-10's chain of command then goes first to Naval Air Forces Pacific and then U.S. Pacific Fleet. This appears to be purely for administrative purposes. The Navy has said in the past that the Nimitz-class carriers USS Dwight D. Eisenhower and USS George H.W. Bush, both of which are homeported in Norfolk, Virginia on the East Coast of the United States, would be the first to receive the necessary equipment to operate the MQ-25s. 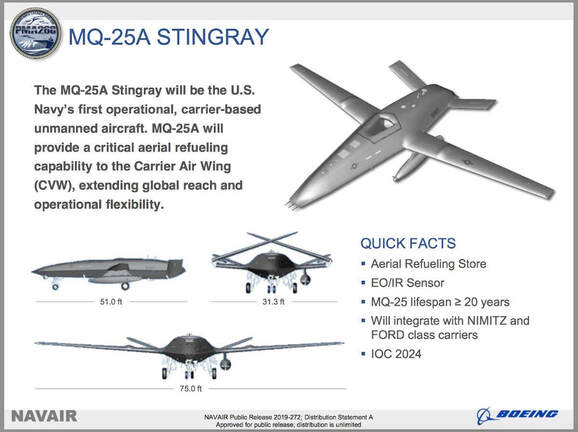 VUQ-10's official role will be as the so-called Fleet Replacement Squadron (FRS) for the MQ-25, making it responsible for training crews to operate the drones, as well as ground personnel to maintain them. Standing up the FRS now will "allow personnel time to attain advanced qualifications ahead of aircraft delivery," according to the Navy notice.
That being said, depending on the overall size of the MQ-25 fleet, initially, detachments from VUQ-10 may also have an operational role. "To conduct, through self-sustaining detachments, long-range aerial refueling support to joint force maritime component commanders, carrier strike groups, and naval task forces as directed by numbered fleet commanders," is the unit's official mission, per the official document regarding its establishment.
It seems likely that the squadron will also be heavily involved in the development of new tactics, techniques, and procedures around the operation of the drones and their place in the Navy's future carrier air wings. Being based at Point Mugu would give the unit easy access to the Navy's expansive training off the coast of Southern California, where carriers and other vessels, as well as the service's own aircraft and those from other branches of the U.S. military, regularly train.
The Navy has said that it expects to buy at least 72 Stingrays, for a total cost of around $13 billion, and that it hopes to reach initial operational capability with the type in 2024. At present, Boeing is under contract to build four Engineering Development Model (EDM) prototypes, the first of which it hopes to deliver next year. For more than a year now, the company has already been conducting various ground and flight tests using a demonstrator drone, known as T1.
The primary mission of the Stingrays will be to providing aerial refueling support to carrier air wings, a role presently filled by F/A-18E/F Super Hornets carrying buddy refueling stores. The MQ-25 will allow those manned fighter jets to focus on other missions and otherwise reducing the strain on those aircraft. The drones are also expected to significantly increase the overall reach of the carrier's fixed wing strike aircraft. 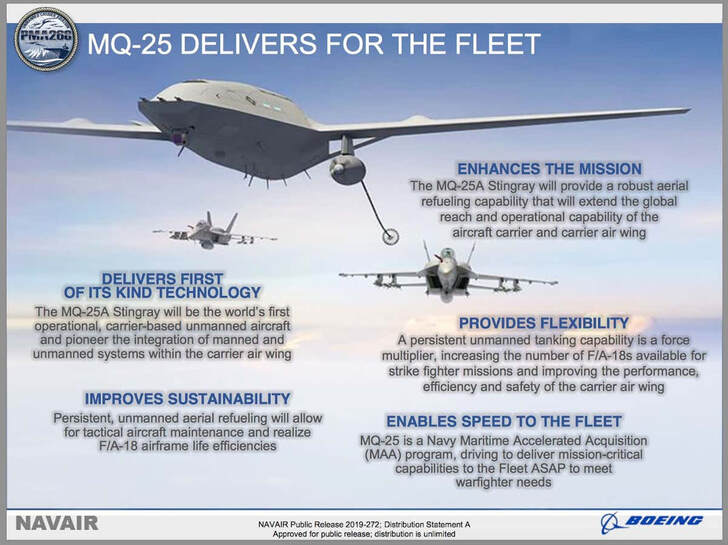 ​There is already discussion, however, about using these unmanned aircraft in other roles beyond tanking, including for intelligence, surveillance, and reconnaissance missions. The Navy has also said that it expects drones, including designs beyond the MQ-25, to become an increasingly larger and more important part of carrier air wings in the future. VUQ-10 will play an important role in laying the groundwork for future unmanned operations from carrier decks, broadly.
The squadron, and the personnel that will be assigned to it, now looks set to blaze the trail for the MQ-25s, as well as subsequent carrier-based unmanned aircraft, which are set to fundamentally change the character of the Navy's future carrier air wings.
Correction: The original version of this story said that the effective formal establishment date for VUQ-10 was Oct. 1, 2020. The date is actually Oct. 1, 2021.
Contact the author: joe@thedrive.com